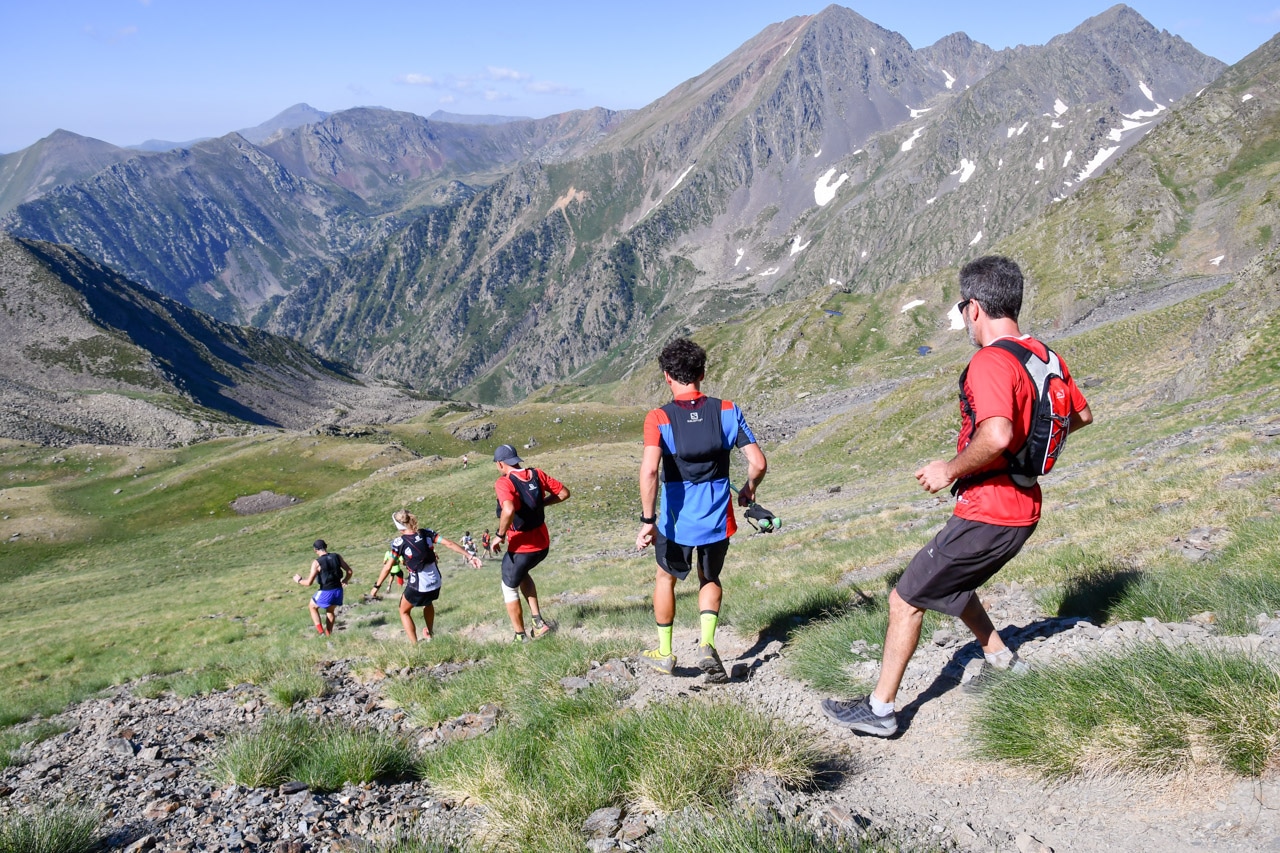 Dizzying heights, challenging terrain and spectacular views are what’s in store for those brave enough to take on the SkyRace Comapedrosa. A part of the Skyrunner World Series, the SkyRace Comapedrosa sees competitors from all over the world descend on Arinsal each July to face the truly epic challenge of running to the summit of Andorra’s highest peak.

Since words don’t do justice to just how epic this event is, we’ve included the highlights of all the action from last year’s race to get you excited for the SkyRace Comapedrosa 2019.

What Is a SkyRace?

Founded by Marino Giacometti in 1992, skyrunning is extreme mountain running on trails at least 2,000 metres above sea level, where the gradient exceeds 30%. From short, steep and vertical, to the longer races and marathons, the sport includes a number of different running disciplines.

SkyRaces, as is the event here in Andorra, are between 20 and 49 kilometres and feature a minimum vertical climb of 1,300 metres.

The SkyRace Comapedrosa, as the race is known today, officially began in 2014. However, from 2005 there have been events most years in Andorra that counted towards the Skyrunner Series.

Across 21 kilometres of gorgeous mountain scenery, runners face two grueling climbs that take them to the highest point in Andorra – the peak of Comapedrosa. Last year saw the course completed in the fastest time ever of 2 hours and 33 minutes by runner Jornet Burgada Kilian of Spain.

For those athletes who are new to the world of mountain running, there is a shorter course event – the SkyRace Arinsal – held on the same weekend. While challenging in it’s own right, it does not score towards the Skyrunner World Series. The course has athletes run 15 km with a positive elevation gain of 1,415 metres. It features a single ascent to Pic de les Fonts, at 2,748 metres, before descending back down to Arinsal.

Athletes participating in the SkyRace Comapedrosa score points towards both the Skyrunner World Series and the Spanish-Andorran Skyrunner National Series.

Beginning in 2004, the Skyrunner World Series is the epitome of technically difficult, high-altitude outdoor running events.

As with years previous, the 2019 SkyRace Comapedrosa is set to be a spectacular event. The details of the course and the weekend’s schedule can be found below.

The race begins in the heart of Arinsal. Runners follow the paved road until reaching a very steep forest trail. From here, participants take a high-altitude ridge line to Pic de les Fonts (2748 metres) before descending to Pla de l’Estany.

From Pla de l’Estany, the true challenge begins as racers are faced with over 1000 metres of climbing in approximately 2 kilometres! Amid the gorgeous valley and majestic mountains, the climb up unmarked trails to the top of Comapedrosa is certainly not for the faint of heart.

A final descent past Estany Negre and the Comapedrosa hut takes runners back to where they began in Arinsal.

As mentioned earlier, the SkyRace Arinsal is a 15 km alternative run – starting half an hour after the SkyRace Comapedrosa. It sees athletes run the majority of the same course, however, after the descent to Pla de l’Estany the course leads to the finish line instead of ascending again. More information can be found on the shorter course here.

This year, 2019, the event will take place over the weekend of the 27th and 28th of July. On the Saturday there are six races for children and juniors, ranging from one to six kilometres in distance, as part of the Catalonia Kids Cup. In the evening, at 19:30, there will be a technical briefing for the SkyRace held at the start zone.

On race day, Sunday the 28th, the schedule is short and sweet:

A Spectator’s Guide to the SkyRace

Despite the challenging terrain and seemingly long distance to many, the SkyRace is a short event – sleep in too long and you’ll miss all the action! If you want to see the start or catch the runners on the trail in the mountains, you’ll need an early start to your day. While the scenery is breathtaking, and you wouldn’t be disappointed by your early morning efforts, if you do want to view the race from the higher points of the course, you’ll need to allow yourself several hours to hike up, depending on your fitness level – which makes for a very early morning indeed!

Thankfully the race finishes back in Arinsal. If you’re staying in the village it will be a short stroll up the main street until you’re in the centre of the action. And, we don’t know about you, but we find there’s something so emotional and satisfying about watching athletes complete such a challenging event. If you’ve done any sort of physical activity in the mountains, you can appreciate the extreme effort these athletes have given to complete the SkyRace and feel a sense of pride for them as they cross the finish line.

After catching all the action of the event, you will still have plenty of time left in your day. There are plenty of things to do in Andorra in summer, and Arinsal is perfectly positioned as base camp for your road cycling, mountain biking, hiking, and Andorran lake adventures!

Catch All the Action in Arinsal This Summer

We’ve said it before, and we’ll say it again, Arinsal is the place to be this summer! Close enough to all the action, yet secluded enough for an idyllic mountain retreat, Arinsal is the perfect destination to coordinate your summer adventures from and check out all the awesome events, such the Maxiavalanche Vallnord, La Pujada and Motoclub Arinsal’s Trials event.

If you’d like to catch all the action of the SkyRace Comapedrosa – or have an event-filled, mountainous summer getaway – contact us today. Our team is ready to help you plan the summer trip you’ve always dreamed of.

vamtam-theme-circle-post
Category Events
If you love downhill mountain biking on an epic scale, then Maxiavalanche Vallnord is a...
READ MORE

Your Guide to La Pujada ArinsalGuide to the Arinsal 2 Day Trial and Andorra Trials Riding